This year an online championship is held in place of the usual event. This is held within a Zoom call, where participants race against a timer to solve increasingly-challenging mental maths problems. The top scorers compete in a final for the medal positions.

This is to replace the usual championship, which has unfortunately had to be postponed until 2021.

Participants will compete in the usual three age categories:

65 participants took part, representing Algeria, Bosnia & Herzegovina, Bulgaria, India, Serbia, South Africa and the United Arab Emirates. In fact the organizers made the questions the same difficulty level as for Juniors 2, and still many participants scored very highly! But there was room in the final only for 12 young calculators:

47 participants took part, representing Algeria, Germany India, Iran, Morocco, Serbia, South Africa and the United Arab Emirates. There were some great scores, including by many who narrowly missed the final! The top scores were: 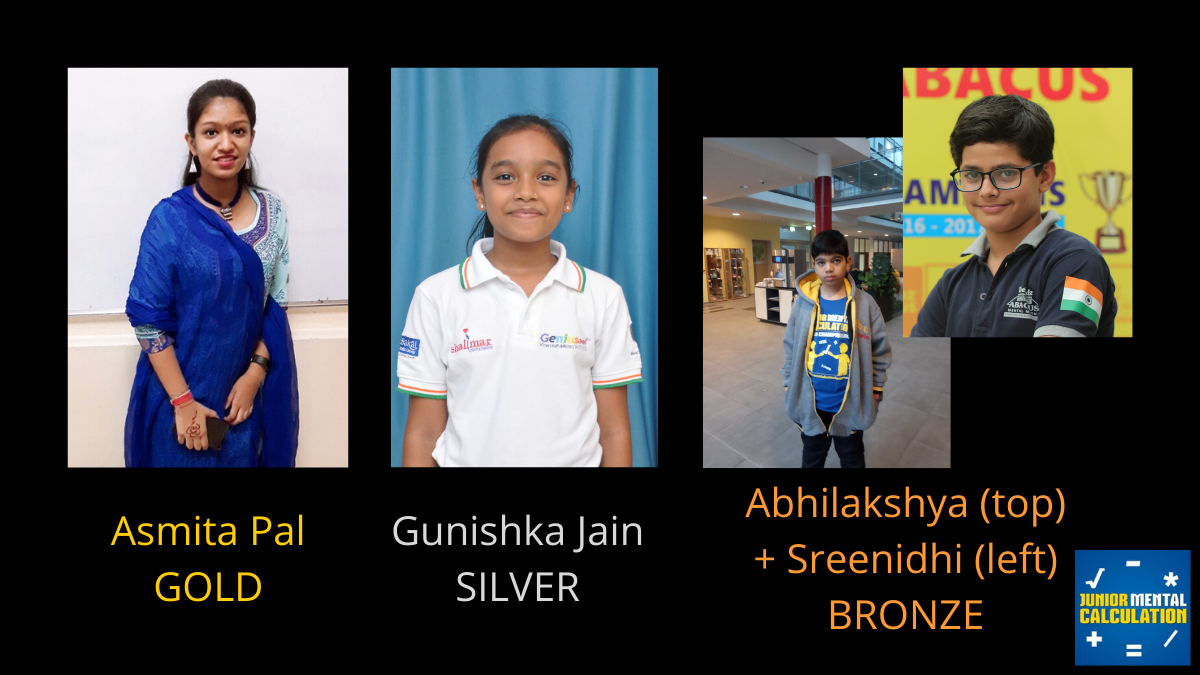 Only 16 competitors aged between 15 and 19 were registered for this competition, so everyone competed in a single round of 27 questions. Some of the questions were much tougher than for the Seniors level, including factorizations of 6-digit numbers and cube roots of 12-digit numbers. The following contestants answered more than half of the questions correctly: 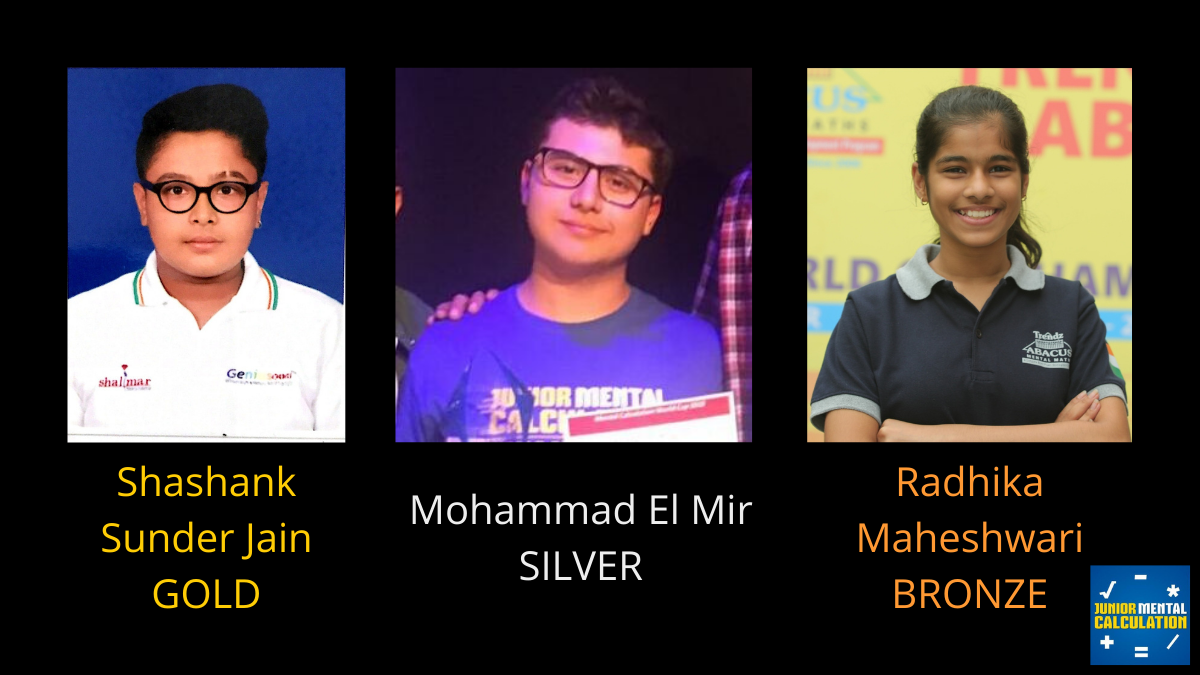